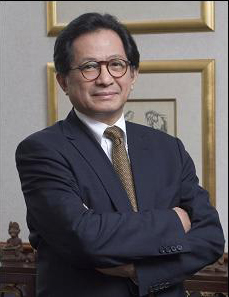 Hadi Soesastro (1945 – 2010) was one of Indonesia’s foremost economists and he was well regarded both nationally and internationally. Hadi’s trail of thoughts can be found in all processes and ideas on architecture of regional cooperation such as ASEAN and APEC, and many other multilateral forums (Pangestu, 2010).

A tremendous loss was felt with his passing, not only in Indonesia, but also amongst international academics and policy makers. “Professor Hadi Soesastro fostered warm relations between Australians and Indonesians,” Australia’s Foreign Minister Bob Carr said when announcing the creation of the Australia Awards Hadi Soesastro Prize in April 2013.

The late Hadi Soesastro was a co-founder of the Centre for Strategic and International Studies (CSIS) and an adjunct professor at the Australian National University. He also received an Honorary Doctor of Letters degree from the Australian National University in July 2009. Pak Hadi, as we call him, has long been one of the strongest supporters of ANU Indonesia Project.

Hadi Soesastro Policy Forum is an annual one-day economic and policy forum in Jakarta jointly held by CSIS and ANU Indonesia Indonesia Project. It aims to disseminate and engage discussion on Indonesia’s public policies. In each of this Forum, an Update Book based from Indonesia Update Conference from the previous year is launched.

The event will start with the Hadi Soesastro Lecture. Professor Prema-chandra Athukorala will present this year’s Lecture on Joining global production network: has Indonesia missed the boat?. Professor Athukorala is Emeritus Professor of Economics at the Arndt-Corden Department of Economics, The Australian National University.

The Book Launch of the 2017 Indonesia Update book, Indonesia in the new world: globalisation, nationalism and sovereignty, edited by Arianto Patunru, Mari Pangestu, and M Chatib Basri, is by HE Sri Mulyani Indrawati, Indonesian Finance Minister. It will be followed by a book discussion with the book authors and journalist. Closing remarks by Mari Pangestu on behalf of CSIS Foundation.

The Hadi Soesastro Policy Forum is open to the public and is free of charge. Registration is essential.

The fifth Hadi Soesastro Policy Forum was held on 4 July 2017 at CSIS in Jakarta. This was one of the largest HSPF to date. The 2017 Update Book, Digital Indonesia: connectivity and divergence, was launched by Minister Rudiantara. This was followed by a book discussion by book authors. The 2017 Hadi Soesastro Lecture was delivered by Peter Drysdale from ANU, titled Why Indonesia must show the way on trade strategy.

The fourth Hadi Soesastro Policy Forum (HSPF) was held on 1 June 2016 at CSIS in Jakarta. The 2016 Hadi Soesastro Lecture was delivered by Dr Chia Siow Yue from the Singapore Institute of International Affairs. Her presentation title was ASEAN’s economic directions and challenges and the pivotal role of Indonesia. The lecture was followed with a book launch and book discussion of the 2016 Indonesia Update book, Land and development in Indonesia: searching for the people’s sovereignty, edited by Kathryn Robinson and John McCarthy. The 2016 HSPF featured a special panel on the ASEAN Economic Community (AEC).

The third Hadi Soesastro Policy Forumwas held on 10 June 2015 at CSIS in Jakarta. The 2015 Hadi Soesastro Lecture was delivered by Dr Stephen Grenville AO from The Lowy Institute for International Policy who presented the topic of the deepening of the Indonesian financial sector. It was followed by book lunch of the 2014 Update Book, The Yudhoyono presidency: Indonesia’s decade of stability and stagnation, edited by Edward Aspinall, Marcus Mietzner and Dirk Tomsa. The Forum ended with the annual political and economics update.

The second Hadi Soesastro Policy Forum was held on 9 June 2014 at CSIS in Jakarta. Professor Iwan Jaya Azis from Cornell University presented a public lecture, “Asia in the current global liquidity: Dancing with the system”. The Public Lecture is followed by the book launch of 2013 Update Book: “Regional dynamics in a decentralised Indonesia” (editor Hal Hill), by His Excellency Dr M Chatib Basri, Indonesian Finance Minister (tbc) followed by a book discussion. The Forum ended with the political and economics Updates by Philips Vermonte from the Centre of Strategic and International Studies and Sjamsu Rahardja from the World Bank.

The year 2013 marked the inaugural year of the Hadi Soesastro Policy Forum.

Held on 30 May at CSIS Building, Professor Hal Hill from ANU gave a Public Lecture titled “Does East Asia have a financial safety net?”, based from a paper co-authored with Dr Jayant Menon (ADB). The authors have chosen a topic that was close to Bapak Hadi Soesastro’s research interests, namely how to forge a vibrant and effective East Asian economic community. One aspect of this regional economic cooperation concerns the creation of a viable financial safety net.

This was followed by the updates on recent economics and political in Indonesia by Jose Rizal from CSIS and Sandra Hamid from the Asia Foundation.

Update Book: Education in Indonesia (editors Daniel Suryadarma and Gavin Jones), based from 2012 Indonesia Update, was also launched at the Forum followed by a panel discussion on the same topic. The book delves into the major developments in education in Indonesia. Drawing on the expertise of some of the most knowledgeable people in the field, it identifies the challenges facing the sector and offers recommendations on how these challenges could be overcome.